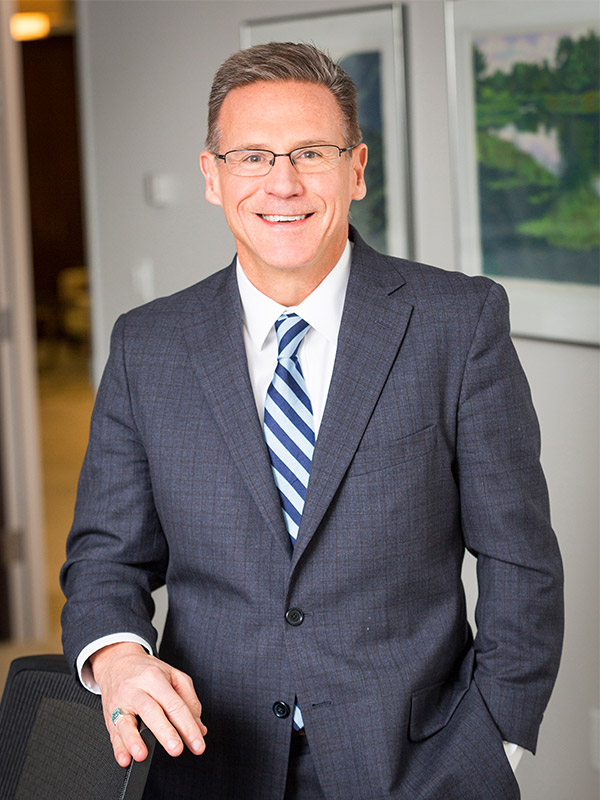 Curtis serves as Vice-President of Cors & Bassett. Though he practices primarily in the labor/employment area, he has a multi-faceted practice so he can handle his clients’ diverse needs.

Curtis has successfully represented management clients in labor arbitrations, in unfair labor practice proceedings before the National Labor Relations Board, and he regularly practices before a host of other governmental agencies, including the EEOC and OSHA.

He has also successfully tried a number of employment-related cases in federal and state courts in Ohio, Kentucky, Indiana, Pennsylvania, and California.

Curtis represents one of the largest automobile dealers in the Greater Cincinnati area (The Kenwood Dealer Group) and has developed an expertise in the automotive industry. In 2012, he testified as an expert witness in front of an Ohio Senate Subcommittee regarding an amendment to Ohio’s Consumer Sales Practices Act and also assisted in drafting the language of that amendment. Curtis has tried cases in the commercial litigation arena throughout the United States and has achieved results in three separate proceedings which resulted in multi-million dollar recoveries for his clients.

He also represents interstate carriers and brokers in a variety of transportation related matters, including cargo claims.

Curtis is an avid runner, having completed 33 marathons, including the Boston Marathon 4 times. Curtis also enjoys playing tennis and listening to classical music, as he is a former classical trumpet player, having earned a Master’s of Music degree in trumpet performance from the University of Cincinnati College-Conservatory of Music.

Curtis’ practice is focused primarily in the areas of labor and employment, commercial litigation, and transportation issues, such as:

Decisions of note in which he has served as lead counsel:

He has spoken on many occasions to business groups and lawyers concerning issues related to: